NextDiamonds in the diaspora: How startups are building for African communities worldwide
FeaturedIdeas & Perspectives

Super apps are trending across the African continent; here’s a primer on who, what, where, and why.

Super apps are having a moment in Africa.

Super apps are digital platforms that leverage a business’ core assets across multiple use cases or service verticals. For more on the term “super app,” see the section ‘Defining super app’ in the article, ‘Why super apps are proliferating across emerging markets‘)

Not long ago, Kenya’s Safaricom, the country’s leading telco, launched the M-Pesa super app. Not to be outdone, South Africa’s leading telco, Vodacom, followed suit with its own super app, VodaPay — developed in partnership with China’s Alipay. And last November, Algerian super app Yassir announced a $150 million Series B and a planned expansion across French-speaking Africa & beyond.

Clearly, African super apps are trending. So what’s going on?

In ‘Tech in Africa,’ authors Gabriele et al. provide some ecosystem-level context. They describe this pan-African pursuit of the super app model as the second of three major waves that characterize the African tech ecosystem to date:

The second wave [sees] entrepreneurs draw inspiration from Asia. Winning [Asian] startups…[have] succeeded despite inadequate infrastructure and lower discretionary income levels—challenges that African companies [face]. Many flourished by providing a high-frequency product and then layering on higher-value services … This super-app playbook is the same one that propelled Gojek, Grab, and many others into the limelight.
For more detail on the Grab & Gojek playbook, see ‘Super apps in emerging markets: The Grab & Gojek playbook‘

According to Gabriele et al., this super app second wave is sandwiched firmly between the first wave, Africa’s e-commerce gold rush; and the third wave, its fintech gold rush.

If Jumia and Konga are emblematic of the first wave (e-commerce) and African unicorns Flutterwave & Chipper Cash are among those leading the third wave (fintech), it begs the question: which companies spearhead the second wave?

It turns out there are four main archetypes of super apps in Africa (at least so far):

Mobility-driven super apps generally provide ride-hailing, transportation, or logistics offerings and employ the Grab & Gojek playbook with a fleet of drivers as their core super app asset. In other words, they generally start with a transportation/logistics service then offer adjacent services to increase driver engagement & utilization. Examples include Gozem, Careem, Halan, Gokada, Temtem, SafeBoda, and Yassir.

Financial Services-driven super apps, on the other hand, are typically spearheaded by financial services institutions or large e-commerce players that have a captive audience for payments. The core assets they leverage across the super app tend to be large pre-existing client bases and pre-existing merchant/SME relationships. Examples include JumiaPay, Habari, Tingg, and Avo.

Chinese-driven super apps are headquartered in China or backed by significant Chinese investment; their core super app assets tend to be capital and/or relevant partnerships & expertise. OPay and PalmPay are the two players here; however both are arguably diversified financial services apps today, rather than true multi-vertical super apps.

On channel and access, we’re going to be pre-installed on all Tecno phones. You’re going to find us in the Tecno stores and outlets. So we get an immediate channel and leg up in any market we operate in. PalmPay CEO Greg Reeves

In addition to the four archetypes above, it’s worth noting that there’s a growing trend on the continent that sees startups aspire to own all the opportunities in a target vertical and position themselves as ‘super apps for X.’ Nigeria’s Eden Life, for example, has positioned itself as a “super app for domestic services,” Cameroon’s Healthlane as a “super app for anyone across the continent to access healthcare,” and Ivory Coast’s Djamo as a “financial super app.”

Push strategies are driven by the priorities of their originators and generate solutions that are imposed on markets and consumers. Pull strategies respond to needs represented in the struggles of everyday consumers.Clayton Christensen et al.

Market ‘pulls’ — why super apps are attractive to African consumers

Super apps respond uniquely to the needs and pain points of African consumers today and thus the market pulls towards them. Not only do they lubricate or minimize the frictions everyday consumers on the continent face, they also offer uniquely high ‘bang for your buck’ experiences to a highly value-conscious clientele.

Market ‘pushes’ — why super apps are attractive to companies operating in Africa.

Given market dynamics, super apps are a sensible response on the part of digital businesses operating in the African context. They hold the potential for businesses to unlock and maintain sustainable growth via various monetization & efficiency benefits, and the playing field is wide open for experimentation with the model. 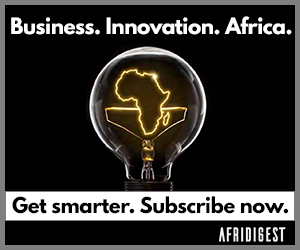 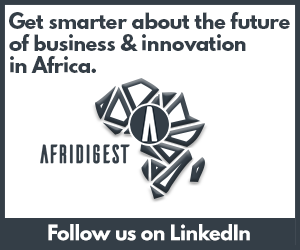